THIS PIECE OF SHIT IS NOT AGENT ALDENBURG AND ALL OF THEM IN THE COURTROOM KNEW IT!  SANDY HOOK SCHOOL SHOOTING WAS AN OBAMA/CIA FRAUD-SCAM - CHEATING THE PUBLIC - THEY COMMIT TREASON!

Link for this blogpost:   http://www.publiusroots.com/2022/11/fbi-agent-william-aldenburg-was.html 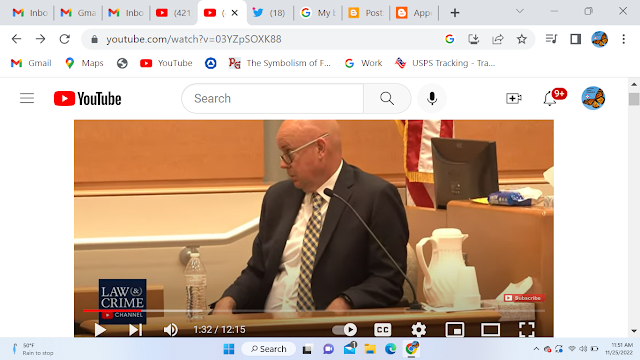 This f*king fake DAVID WHEELER is NOT Agent Aldenburg!!! You have ORGANIZED CRIME MANAGING THE COURTS! I'll be damned if I will let you bastard - traitors take over our country! Obama gave Wheeler over a million dollars, new house and he also acted as one of the parents who lost a fictitious child! THEY WERE FAKE PARENTS EXCEPT FOR ONE - all caskets were closed! 11/25/2022

Considering this channel is neither LAW or CRIME fighting, no one should subsribe - they will just be TECH victims - this trial is only a reflection of how damned corrupted the federal court in New Haven is - and don't expect the Bridgeport District to care. They are puppets to the organized crime that runs this state! NOBODY DIED AT SANDY HOOK! This damn court sat FRAUD David Wheeler on the stand and let him say he was Agent William Aldenburg! I know Agent Aldenburg! He is over 6 feet tall! Thin! Not balding! This f*king crook also posed as one of the fake parents who lost their fake child at Sandy Hook! ADAM LANZA DID NOT EVEN EXIST! SCUMBAG LIARS! FRAUDS! OBAMA STOLE OVER A TRILLION DOLLARS FROM THE ECONOMY! https://www.youtube.com/watch?v=n06s_J6hUno
I try to TWEET this and get blocked by Twitter! 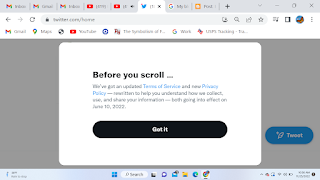 See what is posted at the end of this blogpost:
http://www.publiusroots.com/2022/11/appeal-to-second-circuit.html
11/25/2022
Child Trafficking = CIA
Pornography = CIA
Secret Operative Politicians like Rand Paul; his father was/is a CIA AGENT = CIA
FUGITIVES FROM JUSTICE = CIA giving convicted criminals new identities
This country has no aliens from outerspace! The CIA is the prime organizer to take down USA - they keep the hate and corruption that started this country going! So much FRAUD, INCITING WAR, MURDERING, ETC!
I know all too well how damned corrupted they are and they will target innocent people and do all they can to destroy their lives!
D E P R A V I T Y - is the secret political group that undermines the state of CONNECTICUT, THE USA!
I need to take a break because I am a victim myself and my life has been ruined by these coward-scumbags that push buttons and even kill people! Geoengineering = CIA ; MASS MURDERING AMERICANS ON SEPTEMBER 11 = CIA; OKLAHOMA MURRAH BUILDING BOMBING = CIA ....AND HOW BIG IS THE CIA "OLD MACDONALD" FARM? Consider all the co-conspirators who cover up the truth! MAINSTREAM MEDIA also!
Stop putting up with their shit! This is supposed to be a free country! #NoMoreWar #HeadThemOffAtThePass
The bullshit about "Trust And Obey" and more are used by the lazy, hand-fed-money mindless people who care nothing about the truth!
FORCE has been the hidden use in people's lives and it has to be exposed!
STAND UP!!! JUST LIKE MR. HOCKLEY DID OUT OF HIS WHEEL CHAIR, TO SHOW RESPECT TO KING CHARLES III!
Princess Diana is not dead - she just got a gender REVERSAL. Rothschilds used her as a mind-controlled bioweapon to destroy the MONARCHY from inside-out. THEY STILL STAND! WOUNDED, YES. SCARRED, YES. BUT THEY LOVE THEIR COUNTRY, THEY LOVE THEIR FAMILY, THEY KNOW THEIR PURPOSE IN LIFE IS EVEN BIGGER THAN THEY ARE.
And you know what - all of us should feel the same way! Queen Elizabeth II had her Lady In Waiting send me a letter telling me that I may very likely be related to the Monarchy through common ancestry. That made me feel special at a very broken time in my life, and gives me hope in my life. My purpose in life is EXPOSING THE CORRUPTION. My own uncle stole my SSN and used it to fill out purchase documents when he bought his wife a MERCEDES BENZ. Saving himself thousands by not paying taxes. Flatlining my credit! a filfthy rich jigalo - not at all what my father was like!
How much should you lying sacks of sh*t should pay for REPORTING LIE AFTER LIE AFTER LIE! THIS PIECE OF SH*T-FRAUD IS NOT AGENT ALDENBURG - he is DAVID WHEELER! THERE ARE SO MANY TROLLS ON SOCIAL MEDIA! WAKE THE HELL UP, PEOPLE! https://www.youtube.com/watch?v=rQTDqrQAsP8
posted 11/25/2022 12:15 pm