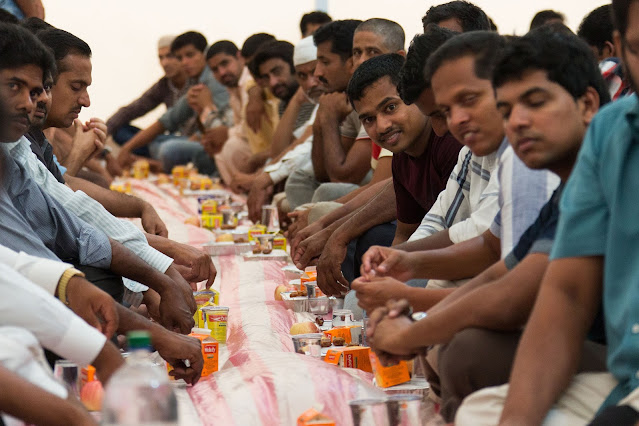 This blogpost provides resources (mainly YouTube videos and I will do my best to add notes) explaining the roots of all religions - they provide truth, facts.

(MY TWO FAVORITES - I suggest you subscribe to these channels)

I sonder if they could touch upon the Freemasonry History.....Obama had the Order of Jesters reinstated in Hawaii.  NOTE, the UK Freemasons were against it and refused to recognize them, as they have the loving and caring SHRINERS - clowns who are masters at interracting with kids in a most healthy and happy way.  The Jesters were like the Joker in Batman.  That is why the UK did away with them WHILE PRINCE PHILLIP WAS THE HEAD MASTER IN FREEMASONRY, a very old traditionalist group which he helped reform by "feeding the good wolf" - not the bad wolf - as the Native American story goes.  Look it up on YouTube.

In fact, here is a link:  https://www.youtube.com/watch?v=Cch7Uik6GOk

History of Freemasonry by a Freemason

(Can we believe him? After all, they make secret promises)

Speaker, Kevin Main of Dallas, TX - where GW Bush is! Wtf   Just makes me suspicious.  They named many elementary schools after Colin Powell in that state - obviously to roll out COMMON CORE, as if Colin Powell had something to do with it - which he did not!

Back to Religion for Breakfast and More.....excuse the ranting....

Bear with me, I am working on a number of things, including a baby blanket, which I want to finish before her baby is born.  I didn't like how it was coming out and started all over again  I am also working on a project for Her Majesty Queen Elizabeth II.  Very likely we have the same ancestory with the Sherman lineage.  I have delayed it so many times because I did not like how it was turning out and began another one, which is dove-white for New Year's.  A project I got through Reclaimed Heirloom, yet Jona's Hands was where I saw a version of it first, I learned about Jona from Drew Barrymore.   FINGER CROCHET.  Folks, if you have any problems with your fingers - make a finger crochet blanket!  I guarantee it will be great therapy for your hands.  So I have to admit, this is a win-win situation for me.

TRANSCENDENTALISTS.  "Freemasonry was the faith of the transcendentalists"

This article is quite enlightening regarding the superficial as well as hidden thoughts of men who were founders of the society in USA.

An attorney recently quoted Henry David Thoreau, which caused me to satisfy my curiosity.  Was Thoreau a scholar?  An attorney?  How did he influence society?

BASED ON WHAT IS GOING ON TODAY, I WOULD PERCEIVE IT AS INTELLECTUAL AND SPIRITUAL CONTROL BY THE RICH.

DO THESE NAMES SEEM FAMILIAR?

I am still processing this info.  I encourage others to have discussions on this.     Of course, bare in mind, some of the "others" who read this are people who have greatly harmed me in my life.  I will not get into that.

JP Morgan was born in Connecticut

There was a Morgan who was apparently ostracized from Freemasonry - who was in the news reporting business and decided to go public with their secrets.  He disappeared and it was claimed he was murdered.  I can't help but wonder if he extorted the Freemasons, saying he would go public if they did not enrich him.  He may have been scheming up a Central Bank System, including what is known as the Federal Bank , which is the privately-owned bank which alludes to being controlled by the government, which it  is not - it is there to create its own government and destroy eventually the US Constitution.

The lighting is horrible in my apartment after the sun goes down. So I will have to on to other tasks.

Well, I am trudging along anyway.  Reason is we have an urgent need to #KnowTheEnemy - copy my notes because they will try to change them, and most likely succeed as they have in the past and it has taken hours and days to fix what they broke at times.  Lately, not so much - obviously because they are too busy trying to mass murder us all, particularly with a mega tsunami, one of their favorite hobbies on the table.  See Ruger4Life - he makes sense as far as profiling them goes.  And I truly believe that he is exposing them to thwart their efforts.

Aaron Swartz is the founder of Demand Progress, which launched the campaign against the Internet censorship bills (SOPA/PIPA) and now has over a million members. He is also a Contributing Editor to The Baffler and on the Council of Advisors to The Rules.

He is a frequent television commentator and the author of numerous articles on a variety of topics, especially the corrupting influence of big money on institutions including nonprofits, the media, politics, and public opinion. From 2010-11, he researched these topics as a Fellow at the Harvard Ethics Center Lab on Institutional Corruption. He also served on the board of Change Congress, a good government nonprofit.

He has also developed the site theinfo.org. His landmark analysis of Wikipedia, Who Writes Wikipedia?, has been widely cited. Working with Web inventor Tim Berners-Lee at MIT, he helped develop and popularize standards for sharing data on the Web. He also coauthored the RSS 1.0 specification, now widely used for publishing news stories.

Server information sidebar: This site is being served from an Ubuntu box with 2GB of RAM. The server is currently provided by several people. Thanks to:
Dealspotr is a free, human edited directory of coupons and discount codes for US-based retailers.

His piece with photographer Taryn Simon, Image Atlas (2012), is has been featured in the New Museum. In 2007, he led the development of the nonprofit Open Library, an ambitious project to collect information about every book ever published. He also cofounded the online news site Reddit, where he released as free software the web framework he developed, web.py.

Who is Brian Kappenberger, who makes happhazzard claims defining his internet brother as this and that...

Who is Professor Ramos, is another question!  This movie that Kappenberger directed was at FIRST, carefully socially crafted!  #KnowTheEnemy - they are spreading chaos and confusion to say the least.  Don't believe the deceivers!

Many sources are covered up, plastered with popups and ads which probably enriched the criminal underworld even more.  And - blocks us from even seeing what the hell the websites inform!  They realize that many of us have been on to them for a long time.  They have infested society like a world-wide epidemic!  THERE IS NO SUCH THING AS A PANDEMIC.  PANDEMIC IS AN ADJECTIVE TO DESCRIBE "WORLD WIDE"  - THE WORDSMITHS CREATED ANOTHER WORD OUT OF IT TO ALTER MEANINGS IN LAW AND LEGAL AND MEDICAL PUBLICATIONS, FOR ONE THING!  They have been doing this with many words!

There is no such thing as a virus being an epidemic!  Viruses are our way of immunity defense in our bodies.  Joe Imbriano (@joeimbriano777 on twitter) has explained this on his website, www.fullertoninformer.com

Note, Swartz was claimed to have died by hanging WHEN OBAMA WAS PRESIDENT.  THE MSM THEREAFTER claim that the US Gov killed Swartz!  Even when Obama was President, he was never a patriot, he was always an #EnemyWithin, a TREASONIST - and greatly enriched himself stealing money from the government!  His Satanic brother Donald Trump was told to use a different role, to act like he wasn't going to take any money from the government, and did not expect a salary.  YET TRUMP USED THAT MONEY TO BRIBE AGENCIES AND NANCY PELOSI ENDORSED IT!  THEY GAVE HIS SALARY TO AGENCIES THAT WOULD THEN SHOW UP REFLECTING CRIMINAL ACTIVITY, INCLUDING MURDER.  ie, the DOT in Florida was given Trump's quarterly salary (3 months) - and a man was murdered when a brand-new bridge that was built COLLAPSED!  This also may have been a practice session with other structures!