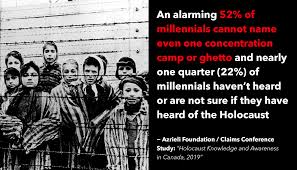 
TABLE OF CONTENTS OF THIS BLOG, ALPHABETIZED:  https://www.publiusroots.com/2018/04/table-of-contents.html

Due to not having a domain for almost two years and just getting a domain from Google FINALLY (they refused all this tiime, telling me "you don't need one") I am now recovering the blog.


This is a new blogpost, created 4/28/2020 - wanted to share videos with a few notes from each video I watched - I will post a picture here once I can get my laptop to function properly.

I am now watching this one but I will be alphabetizing the names:

MURDER OF CHILDREN AND BABIES
@psychedelhic
They say that Hitler and his family escaped to Argentina. Narcissists have no feelings, explains @samvaknin
#Holocaust #HolocaustJewishExperiences The Secret Diary of a Polish Girl
Murder of children and babies
https://youtu.be/YnD_EtHqW44

What got her through life was love "Jewish Survivor Eva Braun Testimony" on  https://youtu.be/HApWi_Bmgmk
Her father was taken to a Russian Nazi camp where he was killed.
The Hungarian Revolution occurred about then. Hungary broke from Soviet Union - or tried to.

JOSEPH HAUSNER
Almost 4hrs long; I will post a few notes in my new blog domain asap #JewishHolocaustExperiences http://www.PubliusRoots.com * "Jewish Survivor Joseph Hausner Testimony Part 1" on YouTube https://youtu.be/DEDDUwcV13M
Notes
Like most of the above, he's Hungarian

HITLER DID NOT COMMIT SUICIDE *Stalin and Eisenhower worked together (OMG) *Stalin wanted that narrative to continue yet they knew Hitler was probably in Argentina.
Well,....
Hitler was found alone in Argentina. Did he murder his family and run like cowards do? You decide. #JewishHolocaustExperiences "The Trial of Adolf Eichmann - Documentary" on YouTube https://youtu.be/uANesju1B58

She wb 91 yrs old 2020; birthday 5 days after my father's but his real yr of birth was 1928. He entered USMC when 15 bc  his foster father was physically & emotionally abusive. My father was a good man. "Jewish Survivor Eva Schloss Testimony"  https://youtu.be/rdrtor-N6iE
She grew up in Austria. Relatives fled to England. Her family fled to Holland.

My comment on the video: At 2:54:45 Mr. Sherman gave credit to Winston Churchill for stopping the war. Yet I believe he's naïve to the fact that Churchill was a war monger and helped craft this war. Anyone following the historical facts and idiopathic strategies would realize the war was centered on Hitler yet Hitler was protected by the evil bankers , beurocrats, politicians! They wanted as many people dead as possible - that's why the US gov liked Stalin so much, even though he slaughtered millions more of his own citizens than Hitler killed Jews. Yet, as Mr. Sherman emphasizes, they were not just killing Jews. This was a sociopathic agenda all for money - taking assets of the good, hard working people, all for themselves - and this is clearly the characteristics of the evil Technocrats! And the dirtbag politicians who got filfthy rich from the evil technocrats - greatly enhancing the power to fraud and more!