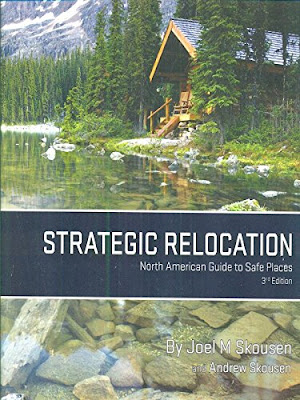 Please feel free to review my other posts and share what you would like. Make it your own comment. I do this as a volunteer effort to restore our US Constitution.  Free online courses at Hillsdale College.  www.hillsdale.edu   and on twitter @Hillsdale

This text book is by Joel Skousen.

He could be a psy op, so keep that in mind 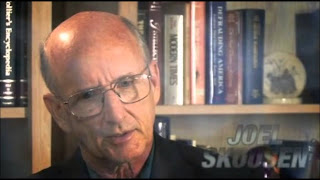 I am perplexed why there is a class on being prepared for a terrorist attack - when he teaches the war on terror is fake.  It is like he is saying, "OK, this is what I am telling you but there isn't anything you can do about it" - USA is starting all this and of course there are things we can do about it!  FYI:

My conclusion after this Joel Skousen  with Jeff Rense: Skousen is a CIA psy op!
David Ryan - John Bolton probably got the military explosives for Mike Pompeo's company Thayer Aerospace - to make the attack drones that bombed the WTC buildings! Skousen is a psy op. That's my conclusion! Real Boeing passenger planes are WIDER than the WTC buildings were! See my unmonitored blog, copy what you want! www.appleofmyeyes.org/2018/04/table-of-contents.html  This is the interview:  https://youtu.be/OeqtPB15d_U

My opinion, don't take Skousen's word for anything. Psy ops tell truth SO they can gain trust and tell lies, manipulate.

And compare it with Joel Skousen's review of year ending 2016: https://youtu.be/4lQk-ifNcXU

Contrary to what Joel Skousen says, Barack Obama is a Muslim! "Rev Jeremiah Wright" is a lying Muslim! He was a full blown practicing Myslim in PA. Must be PA is the headquarters of the ILLUMINATI because alot of things stem from PA, like birth of son.of Heimlich Himler - Rod Rosenstein--and the ROSEcretions (Jesuit Secret Society) is HQ'd in PA.  Someone needs to investigate Joel Skousen. He's obviously a CIA psy op! Barack Obama was indoctrinated as a full blown Muslim in Indonesia! He belonged to a weird sect up there,  as his step father adopted him. His step father, Soetoro, was most likely a CIA operative. And frankly, I believe Obama is son of Malcolm X.  Not the Kenyan. Not Frank Marshall Davis. Joel Skousen obviously has an agenda and is not a researcher. Alex Jones is obviously a CIA  operative also. Copy and share anything you want from my blog. www.appleofmyeyes.org/2018/04/table-of-contents.html

And here is this video.     https://youtu.be/Sl7D0Evfi64
I only have time right now for one comment: The biggest thing Trump is used to is being a deliberate deceiver! Skousen says nothing about Soros giving him $315 million by writing off the financing of Trump Tower to make sure he wins the primary so we have two choices: ILLUMINATI NO. 1 or ILLUMINATI NO. 2.

Anyone who is antiglobalist wants SMALLER govt, not larger unlike what Mr. Skousen says...Joel Skousen says HRC doesn't know who runs ISIS. OMG, of course she does!...He says Mitt Romney is not a globalist, then throws in the dagger by admitting that Mitt Romney does what the Mormans want him to do. The Mormans are globalists! And I for one would not want someone in the White House who is a puppet for a special interest group. Trump is   being that way, and that's their  common bond. Both do what others tell them to do.
https://youtu.be/4lQk-ifNcXU

Joel Skousen claims a WW3 is at hand....https://youtu.be/jOH4cNqIS0k
He's prostelytizing the Military Industrial Complex. My opinion. 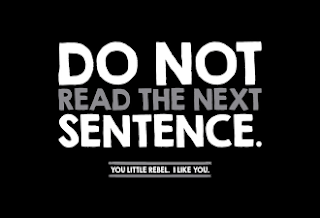 My comment: Watch out for the deceivers! OK City bombing was a CIA operation. Bill Clinton got the FBI Director Janet Retarded Reno to move the investigation files on him all the way to OK City. He fired Jeff Sessions, then USAG, because he was  investigating him. No doubt he tried to get Hon. Sessions to be in OK City when the Murrow bldg was bombed! Many were killed, hundreds injured. So why this guy is spending lits of money on investigating the OK City bombing is beyond me. Does he have an agenda? Also, Americans murdered Americans on September 11. The 9/11 Commission Report is one big freaking lie, but Joel Skousen fails to call it as it is!! Elizabeth Warren was on it!  Do you know of the Warren report? No doubt that lying Judge Warren was related to Elizabith Warren! A Boeing passenger plane is WIDER than a WTC building was! The passengers were taken to an island, and by the time the planes landed, they were all dead from being gassed to death = chemical weapons in their own people! Which Syria does NOT do! See who the players are now? Trump is one of the players!

I watched part of this video of Joel Skousen in it and it seems quite compelling - decide for yourself - because overall, I think he is a psy op  for CIA. 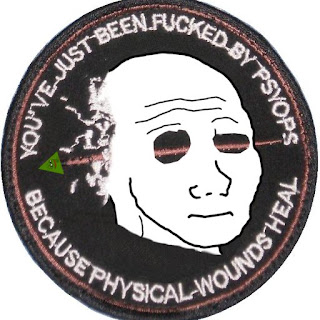 Get this! This radio show is
named "Living Outside The Q"'
Anyone who believes the psy op QAnon is a fool!
Interview with Joel Skousen
https://youtu.be/i56RH795EFE


Here is his own website, with his bio:  http://www.joelskousen.com /
And he claims his bread and butter is his blog - newsletter (probably where CIA stashes money for him as a CIA operative)

Coast To Coast is a pretty good radio show in my opinion. They posted his bio here:

This is a synopsis of their bio, yet they provide more detail which should interest you if  Blogger doesn't make it impossible to read.  I will give it a go:

Joel Skousen is the publisher of the World Affairs Brief, a weekly news analysis service found at worldaffairsbrief.com. Mr. Skousen is a political scientist by training and speaks multiple foreign languages which he uses in accessing information here and abroad. He specializes in helping readers understand the hidden agenda of those that secretly control both political parties and the US government. He also has a second career as the Chief Designer at The Secure Home Design Group which specializes in helping people design and implement high security residences and retreats. He has written several books in that field of security architecture: Strategic Relocation--North American Guide to Safe Places, The Secure Home, and How to Implement a High Security Shelter in the Home. Joel was a fighter pilot for the Marine Corps during the Vietnam era.

Wiki has him categorized in a few places, which seems odd:

http://military.wikia.com/wiki/Joel_Skousen - use your curser if the words are not visible. It will highlight them.

Joel M. Skousen is an American conservative political commentator,[1] non-fiction Survivalist author, and retreat consultant who specializes in preparedness topics, particularly survival retreat and fallout shelter design and construction, as well as in what he calls "strategic relocation." 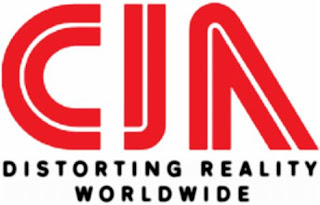 
When I search  on Images, I see that InfoWars promotes him all the time.  I consider InfoWars to be a CIA psy op.  So I am now wondering if Mr. Skousen is a psy op for CIA.  We know schools have been dumbed-down and quality of teachers has taken a nose-dive also.

So I think,  How can he say this and not blame Bush and Clinton for September 11?  Please keep that in mind.  He said the moussad were the ones who caused September 11.  And the moussad trained Obama's ISIS.

Obama hates Benjamin Netanyahu and tried to get him to lose the last election! And look at the smear campaign on Benjamin Netanyhu - charging his wife of fraud, etc.

By placing my notes here, it gives you opportunity to really digest what he is saying.  I hope to even watch other videos of his. 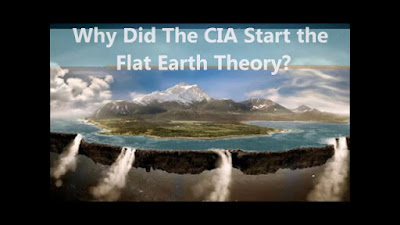 I began my notes on this video and will type them when time permits.

the Video link is here:  https://www.youtube.com/watch?v=oaL3E0KNxN8 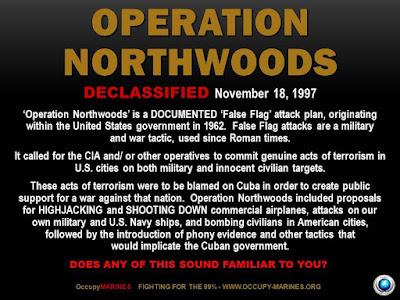 Here I go again with my notes.  Some were missing, based on what I recall creating.  But I only have tuped first 35 minutes because Skousen is one of the polluting psy ops, my opinion.

Yuck – this is not the same video – Alex Jones is on it.  BTW, someone claimed Alex Jones is owned by Time Warner.  Makes sense, since last time I knew, Time Warner was owned by Ted Turner, who was married to Hanoi Jane – jane Fonda who failed to save any US Americans when they gave her their social security numbers.  Instead, she turned them all over to the N Vietnamese and they were brutally tortured, some died.

I begin where I left off, I found the right video.  24:20  italicized words and letters are MY opinion.

Mitt Romney “had to go to bed with all these globalists”  - Michael Chertoff was put in charge of his campaign…to fight cults…wtf
Do you believe that?
Mitt Romney is a “good Latter Day Saint”; he is a good man.
Darth Vader of the Dark Side of Government is what Chertoff is, says Skousen
Mitt Romney said some bad things about Russia – multiple warheads on missles….Hentry Kissinger is blamed…”The Secretary of State is always the handler of the President, except when GW Bush was President.  Dick Cheney was his handler” 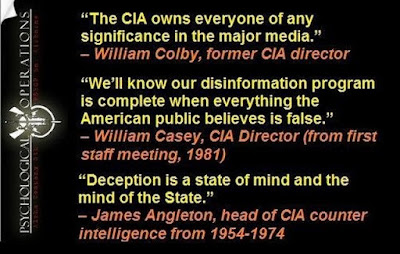 ‘You see if he was serious about ISIS, you’d be bombing his oil convoys’  ISIS is not a ‘him’!  the him is Obama – since Obama started ISIS and the Baghdaddi was dead.  Tweeted by anti-terrorism expert Dr. Seb Gorka – who Obama had fired from Quantico as an anti-terrorism teacher for FBI, etc.  But Skousen doesn’t say anything about this!  I have to stop listening to his BS – have fun trying to make sense of what he is saying. He is a freaking psy op, my opinion!

I am not typing anymore 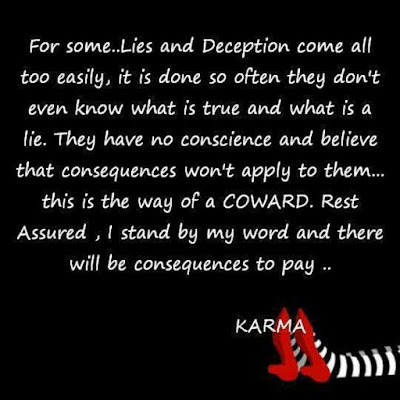 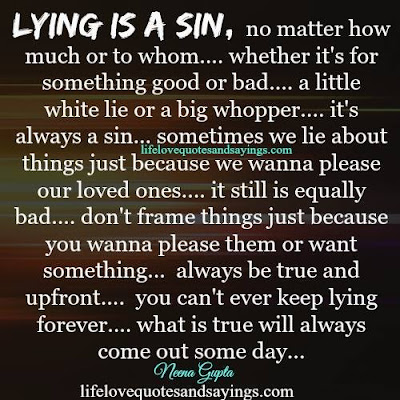 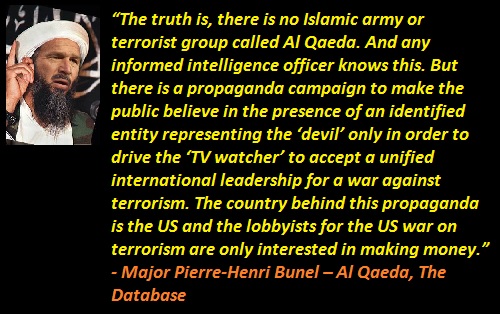