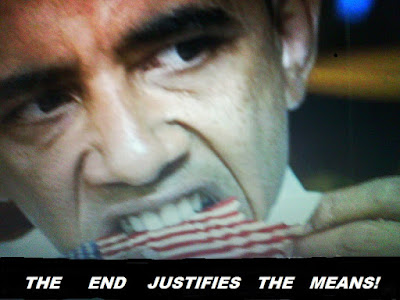 My Table of Contents are available here:  copy whatever you want. This is unmonitored and ad-free.  Decide For Yourself    http://www.appleofmyeyes.org/2018/04/table-of-contents.html
Dirtbag politicians underhandedly had my domain taken down! For 2 years I could not access my own blog! I kept complaining!
UPDATE 12/14/2021

If the link does not work, it is because of #WhatsWrongWithInternet

This is an ad-free unmonitored blog! Yet I am finding blogger is directing me to ads when I tap the correct link!

11/10/2018
Israeli Jew Dr. Sam Vaknin reviews Obama from a psychological standpoint, as an extreme narcissist.
Shmuel Ben David “Sam” Vaknin is an authority on the subject of narcissism, having written the widely read and very favorably reviewed book, Malignant Self Love: Narcissism Revisited and Narcissistic and Psychopathic Leaders. He may be described as a polymath, with extraordinary expertise (and experience) in abnormal psychology, and with focuses including temporal physics and politics (See his Web site, YouTube site, and Wikipedia bio).

Obama is an extreme narcissist - he uses I, Me - not you, We...because he perceives everyone else an extension of himself. Watch the videos!

And yes, this is a professional Israeli who shares this.  Donald Trump is of the same character - so Obama and Trump are on the agenda of framing Isreal as all bad.  All evil.  All haters of Palestine.  WE NEED BALANCE IN INFORMATION, WHICH IS VERY DIFFICULT EVEN WITH TALENTED SCHOLARS LIKE BLACKSTONE INTELLIGENCE BECAUSE THE EVIL IS ON BOTH SIDES OF THE FENCE, SO SO SPEAK.  They are part of most groups...they are the Enemy Within!  Trevor Loudon warned of this to the best of his ability....they change their patterns and change their plots to keep deceiving u.
I apologize the following section is difficult to view on a phone, Just skip over it
Part One:  https://www.youtube.com/watch?v=7CUp7qdej8g

Part Two:  You will need to look it up - I don't have the time to share more

No doubt it would be good review on Donald Trump - to make USA undertand what causes our government to be so unhinged!  In fact, he has:
https://www.americanthinker.com/articles/2016/03/donald_trump_and_narcissistic_personality_disorder_an_interview_with_sam_vaknin.html

By the way, both Obamas are trannies. It is a Satanic ritual which the Satanists are usually doing to children, mutilating them to get them to be submissive yet also telling them they are gods now because they have both sexes in them and other crap.  See my post www.appleofmyeyes.org/2018/07/tranny-watch.html

I will be sharing much more later.


SO WHY IS TRUMP "GOING TO BED" WITH ALAN DERSHOWITZ?

I am starting a blog post to Impeach Trump

Now that Congress has begun the process

We cannot afford to suffer like we did with Obamas!