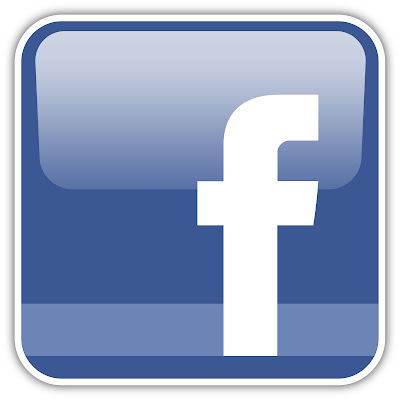 YouTube "Coffee with Dave" aka Cover fefe with Dave
Here is his amazing website, packed with so much info
http://www.net4truthusa.com/


Copy and Paste what you want...everything is public info on this blog

Louis Alexander
Islam, by law, is prohibited from US immigration

The Immigration and Nationality Act passed June 27, 1952 revised the laws relating to immigration, naturalization, and nationality for the United States. That act, which became Public Law 414, established both the law and the intent of Congress regarding the immigration of Aliens to the US and remains in effect today. Among the many issues it covers, one in particular, found in Chapter 2 Section 212, is the prohibition of entry to the US if the Alien belongs to an organization seeking to overthrow the government of the United States by "force, violence, or other unconstitutional means." This, by its very definition, rules out Islamic immigration to the United States, but this law is being ignored by the White House.

Islamic immigration to the US would be prohibited under this law because the Koran, Sharia Law and the Hadith all require complete submission to Islam, which is antithetical to the US government, the Constitution, and to the Republic. All Muslims who attest that the Koran is their life's guiding principal subscribe to submission to Islam and its form of government. Now the political correct crowd would say that Islamists cannot be prohibited from entering the US because Islam is a religion. Whether it is a religion is immaterial because the law states that Aliens who are affiliated with any "organization" that advocates the overthrow of our government are prohibited. It also prohibits those who distribute literature that advocates the overthrow of our country, which would include the Koran. So I ask our duly sworn political representatives; Why do you stand idly by and allow this “to continuously happen within OUR” homeland? Eventually we Americans are not going to take it anymore and the threat of open revolution is over the horizon. So it would behoove you as our political voice to enforce our established laws to the fullest extent of the law without regard to the minority liberals or Islamic lobbyists. God Bless American and her people!

Re:  Kim Jun Un
matt molloy
I'm guessing no one clicked the link to the source they used to base this "news" report on. It didn't mention Kim Kyong-hui, Kim Jong Un's aunt. Not once did it say anything that had to do with her. In fact, the execution of Kim Jong Un's uncle was just a tiny blurb in the story, which was about an entirely different person altogether. This is why YouTube is dangerous, idiots like this guy can jump in front of a camera and say whatever they want, and the almost 800k subscribers this doofus have will eat it out without question. We have substantiated reports on Kim Jong Un's uncle being executed, but we don't have any on his aunt. Please InformOverload, please do your homework before you post nonsense. You have a responsibility to the people that eat this shit up, please give them accurate information. Making money at the expense of exploiting the herd mentality of your lowest common denominator viewers is deplorable.

Response to Matt Molloy
Well said!  I just typed a replay and wanted to paste it for my blog and it disappeared.  I cannot take time to retype everything now.  But I will say Kim Jun Un loves his country and has done everything he can to remove corruption in their fragmented government.  They were starving the citizens.  His father went along with his uncle and other decision makers.  Kim Jun Un cleaned house.  I know how evil relatives can be.  I know how loving relatives can be.  What is happening now is a manipulative plan probably devised by Hillary - Obama - McCain - Soros - because they want another World War and nobody is biting. Nobody fought when they blew up the Malaysian plane over Russia using a UAP (uninterrupted auto pilot; see www.abeldanger.net/)  and other methods.  Hillary and McCain caused 9/11.  Copy and paste whatever info you want and there are more references to come:

Real info on The Awan Brothers