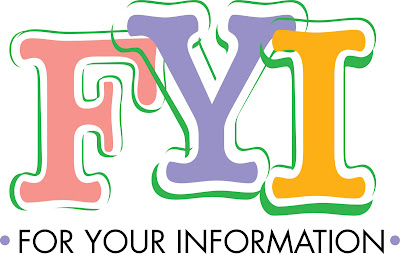 Speaking of Rush, I have to Rush, but what the heck, maybe some of this will be of interest to some people

Some day I will separate things out so these notes are more aligned with Topics, but I have no time now

Apparently Google is now deciding who can open what because this link doesn't seem to be open-friendly  (Social Engineering, be aware)   All  I can say is, copy it, paste it as a document for your own reference - my suggestion

Discussed the frustrations with


AUDIF  - technocrats have this acronym masked. What the heck is AUDIF for DoD? Will the Real AUDIF stand up?  Consider what Obama did when Bowe Burgdahl deserted...he got a dog and named it the same name since Joe Biden's son Bowe was dying...maybe a Satanic sacrifice to pay homage to scumbags here on earth....they do a LOT of this and it is to have secret conversations, alter info, trick people, cover up crimes.  My opinion

https://www.youtube.com/watch?v=Zig2L5Sdjsc
(supposedly arrested and released with no electronic tracking on his ankle. Anybody else smell a rat?)

Same as above, but just creating ANOTHER source, lol:  https://www.youtube.com/watch?v=X6baUPG6RB0

Reference Links on Sandy Hook FRAUD Shooting of December 14, 2012
The City and all officials involved in this should truly be ashamed of themselves!
Due to internet problems and documents I saved, which now no longer exist, I am limited with what I can share.


First, I direct you to Sophia Smallstorm

Wolfgang Halbig's family is threatened to be murdered
http://www.newnationalist.net/2016/08/31/sandy-hook-investigator-wolfgang-halbig-ceases-efforts-as-result-of-threats-against-family/


Persuasion is ALL this following article is about! Note, I had ana orthopedic doctor try to persuade me to believe I had cancer and had to start treatment right away. He shouldn't answer my questions, except with Satanic persuasion! I finally told him he was full of $hit and walked out, angry a doctor wouldbe such a liar. That was 8 years ago!  Many of them are liars in Connecticut! They shut down the real report and replace it with this hogwash!
http://sandyhookanalysis.blogspot.com/

Everybody still wants to keep the conspiracy that the shooting is real going! - I need to post my notes on Sandy Hook. I have so much to type.


Note, I had much more extensive notes, links but they were deleted from my flashdrive. I may resume this later but it is very difficult, as I struggle with internet service, etc. Public wifi is always risky and invasive. Watch these films read. And you should see much more pop up. Sandy Hook was a multi-billion dollar fraud scheme, and the leader of the pact was Obama.


http:www.wnd.com/2012/10/trinity-church-members-reveal-obama-shocker/
This link must have been removed, maybe you can find the video elsewhere by searching.

- Down Lo Club of black gays in the church

this link seems to have been removed


Last speaking engagement by Andrew Brietbart, murdered after this! https://www.youtube.com/watch?v=zS1CacgMWIs


Germany did not need to destroy Russia for more land...war fails to accomplish anything...Value of Life....Global Warming is a farce...
https://www.youtube.com/watch?v=kFJfVVMdm0jA
- Barry Soetoro aka Barak Obama: His Birth Certificate in Hawaii is found to be fake


http://www.glennbeck.com/content/articles/articl/198/23936/
- What American Progressivism Really is


http://www.allreadable.com/f0376hqi
- Obama's America 2016 film and readable version
There will be more I will add to this blog


https://m.youtube.com/watch?v=Q59ZcFguUOo
Throw the Bumbs Out, aka Drain The Swamp


https://m.youtube.com/watch?v=6L2C1nxwVIk
- You Didn't Build That


https://m.youtube.com/watch?v=0PCbaGipDSU
- Taylor Swift is Stalking Me


https://www.youtube.com/watch?v=1nqlUgDXKp0 -  Trevor Loudon, The Enemies Within


$6.5 billion BORDER CRISIS - was funded by the Senate in 2013..including special status for those associated wit Monsanto planned  -  https://www.youtube.com/watchv=Hpaw2tQgllk&feature=youtube


Luminati claims the Protestants are the corrupted ones...  http://vimeo.com/995819218?from=outro-embed


Watch the drumming!  This is what the Jewish Diamond District does to Resond to Protesters for Palestine: http://www.algemeiner.com/2014/08/04/spontaneous-pro-isreal-rally-dwarfs-pro-hamas-protest-in-new-yorks-diamond-district-video/