Antiterrorism Viewpoints From A Patriot 6/11/2017

By AnneMarie - June 12, 2017
Antiterrorism Viewpoint From a Patriot
Is USA Oversaturated with Intelligence?
June 11, 2017 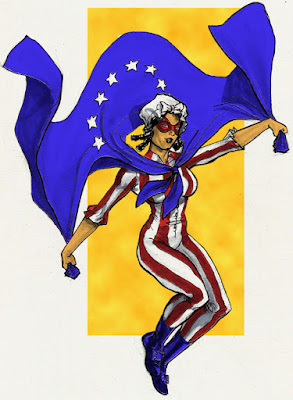 If anyone wonders why I may not have responded to a comment, it is because my blog is frequently altered and they change the formatting.  According to the statistics, there are no comments.  If you agree with this, just share all or part of it.  Share the link.  I am just a patriot who wants to #MAGA. I have suffered alot from corruption.  Including being nearly killed on more than one occasion.

Today I happen to listen to a large portion of a Senate Hearing regarding Antiterrorism and FISA Sec 702 law, which is due to either expire or renew. I was perplexed about the conduct of the hearing and presume that the four committee members (who include the FBI Acting Director, Mr. McCabe) were not substantive, nor were they held accountable.  In fact, Senator Susan Collins R-Maine, gave thanks and praise to the DNI Dan Coats, for fully explained what Sec 702 was.  Additionally, she repeated the same question asked by Senator Rubio as if it was her idea, asking committee members if they had any communication with the White House regarding their investigation of President Trump and Russia during the Presidential Election.  Not once did President Trump leave United States as Obama had several times - during campaigning for President.  Not once did Trump seek donations from Foreigners for campaigning and he passed a bill requiring all campaign moneyto be within the United States - contrary to what Obama did, which was blatantly unpatriotic and unconstitutional.

The United States has several intelligence offices and in addition compromises itself more by contracting out top secret information processing.  "There are 17 separate United States government agencies that work separately and together to conduct intelligence activities considered necessary for the conduct of foreign erlations and national security of the United States." (Wikipedia)  China doesn't even have five - they have four,which covers their approximately 2 billion people as well as relations throughout the world. Some countries only use military intelligence for foreign relations.  Isn't that better? After all, they are the ones who are hired to defend their country.  They should be the ones who are most engaged in relations because if war breaks out, their lives are on the line.  Certainly they will do their best to prevent war, to include death and destruction. Check out Wikipedia's list on Intelligence Agencies in the world, as they pertain to each country. You will be perplexed also, I believe. Notice how Pakistan is alligned with US in the intelligence agencies.  Yet Pakistan cannot really afford this oversaturation and additionally the oversaturation design is only to use to crush the country from within or use it to crush other countries.  Pakistan is an Obama favorite because he was a CIA operative there for a year, before he became "elected" (via election fraud probably) as a Senator.  The following are United States Intelligence Offices, as redesigned by Obama Administration:

Office of the Director of National Intelligence - top advisor

CIA (described as an "independent agency")

Office of Intelligence and Analysis (I&A)

Bureau of Intelligence and Research (INR)